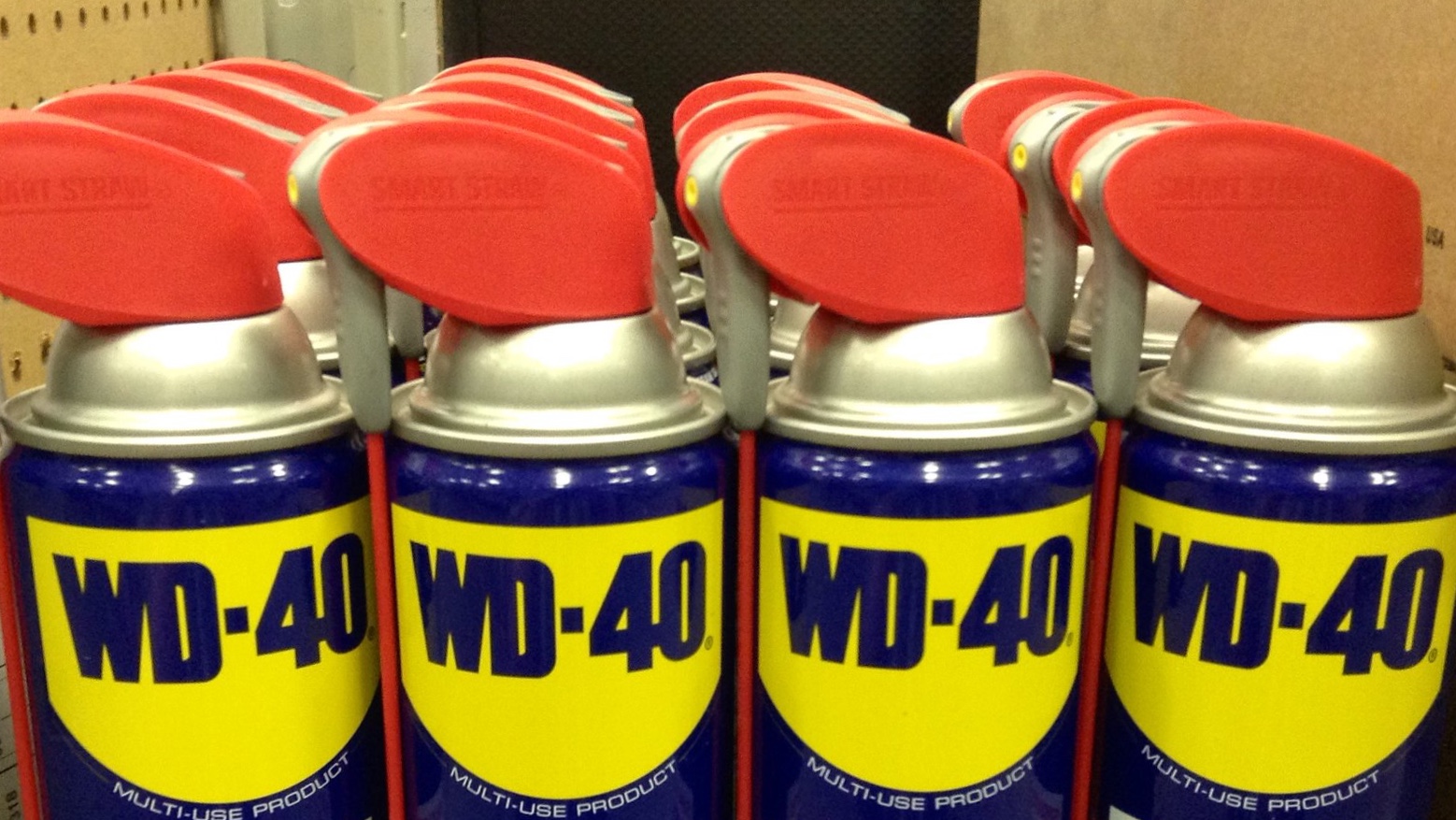 My Dad had two go-to tools when it came to doing handy work around the house, WD-40® and Duct Tape. He once read “if it moves and shouldn’t, use Duct Tape, if it doesn’t move and should, use WD-40®.” He took this to heart.

He used Duct Tape so often, for years we thought it was wallpaper. This miracle of the tape world could be found anywhere in the house – on chairs to support a wobbly leg, on pants to hold up a ripped hem, shoes, gloves, sports gear and even on the dog! Sheba, our Scotch terrier, had a loose nail and Dad duct taped it until we could take her to the vet. It worked.  She did however, get a little grumpy when the tape was pulled off her fur. We use to make fun of Dad and his Duct Tape obsession until it was validated years later when the TV show MacGyver hit the air. MacGyver could fix anything with Duct Tape, a paper clip and some old fashion ingenuity.

Dad’s use of Duct Tape was only exceeded by his fascination with WD-40®. He used it to clean, repair, unsqueak, lubricate, untangle and fix anything, anywhere in the house.  He even kept a can of it on his bed stand just in case something needed his attention during the middle of the night. I understand WD-40® has many uses but Dad took it to an extreme.  Why? Because he wasn’t a handyman. He was good at many things, but handyman wasn’t one of them. His red toolbox contained 10 screwdrivers, all the same size; 3 hammers, one without a head and a sundry of other tools still in their original wrappers. The one power tool he owned was more a lethal weapon than a helpful tool. WD-40® always made him look like a hero whether he was unjamming a zipper, opening a rusty lock, cleaning a stain off the carpet or crayon marks off the wallpaper. It didn’t however, work on the ketchup and mustard that, by accident, landed on the dining room wall after a food fight between my brother and me. But that’s another story.

In his pursuit of making a home repair, a simple turn of a screw could result in a 3 hour disaster. Try as she might, Mom could not convince him to call a repair man until the day the seventh wonder of the world happened. The washing machine in the basement in their small row home was out of alignment. It shook, rattled and banged like a 50’s song. Dad, armed with his WD-40® went into action. He sprayed everywhere he could reach but the ‘song’ continued. As the last resort, he took out the red tool box. We all shuddered and ran for cover. In a half hour he called us to see his accomplishment. The washer sounded more like Silent Night than Shake, Rattle and Roll. Dad gloated with an ear-to-ear smile until we heard my brother shout from the third floor, “The sink in the bathroom is leaking.” Yes, Dad accomplished the impossible, he caused an upward leak! Mom called the repairman. An hour later, the washer ran smoothly, the bathroom sink was fixed and Dad relinquished his red tool box.

For the most part, our beliefs are formed by our experiences and, based on this, I thought all Dads were hammer and nail klutzes and the main reason repairmen existed. I was so wrong. My husband Jeff comes from a family of repairmen, tinkers, do-it-yourselfers, handymen and handy women. I’ve never met so many people who could make something out of nothing, transform a solid wall into a book shelf or move a kitchen from one side of the house to the other. Even more amazing, nothing collapsed, leaked or forced you to walk on an angle. All of these abilities stemmed from one person, Al Taylor, Jeff’s Dad. Al has never met a tool he couldn’t master, or a project he couldn’t handle either inside the home or outside. He’s the first person we call when a motor needs fixing, a blade sharpened or a downspout replaced. Jeff happily follows him around making the repairs under Dad’s watchful eye and supervision. Jeff can probably make these repairs on his own. His talents aren’t as bad as my Dad’s but not as masterful as his Dad’s. However, can you think of a better way to spend time and make memories than working side-by-side with your 96 year old Dad?