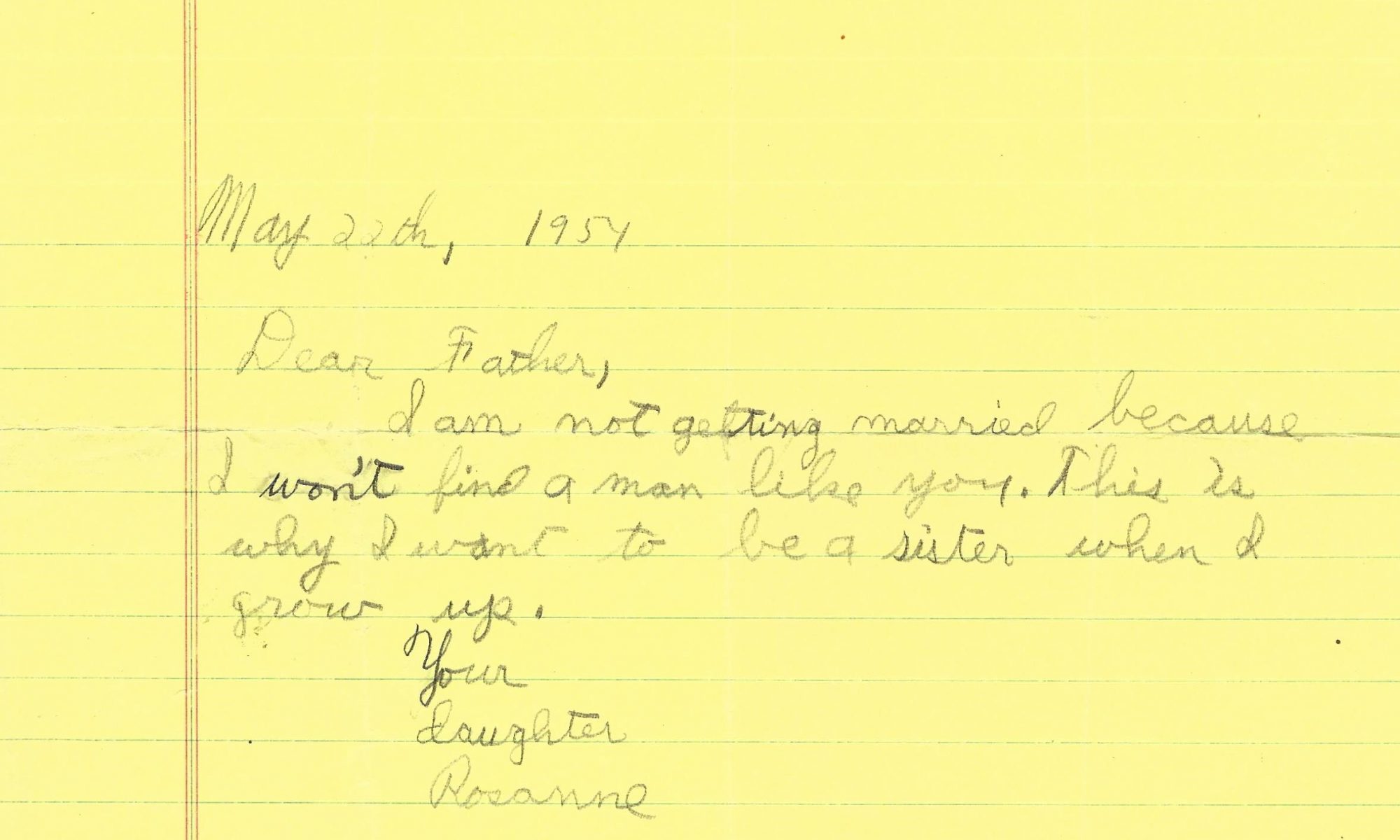 Recently I attended a meeting.  We were celebrating the conclusion of a yearlong community service project. As I waited for the meeting to begin, the Executive Director for the community organization our team worked with handed me an envelope with my name on the front. Never one to wait for anything, I tore it open and there was a thank you note. The feelings, sentiment, and thanks expressed were lovely, reminding me of just how important and appreciated our work had been.  I thanked her and re-read the note as she walked around the room searching for others on our team to give them their notes.

When she returned, I thanked her again and said the normal things, “Oh, it wasn’t necessary”, “You didn’t have to do this” and then I realized, I’m glad she did and I told her! At this point we both agreed that receiving a handwritten note carried with it a special feeling – one that tweeting, texting, and emailing cannot duplicate. We also agreed that letter-writing is a dying art.

Maybe it’s a generational thing. I’m a baby-boomer. I was raised to write a thank you note to anyone for anything, no matter how big or small. Even if the gift was handed to me and I thanked them on the spot, a handwritten note was required!

There’s something about receiving a handwritten note. From the moment you open your mailbox or pick up the mail from your slotted door and see that envelope addressed to you something happens. First thing I do is look at the return address and smile at seeing the sender’s name. As a kid, the first thing I did was slit open the envelope and turn it upside down, hoping something ‘green’ fell out. Now as a senior, the sentiment inside is worth so much more.

Over the years, I’ve saved many letters, cards, and notes, from family, friends, work acquaintances, and even former customers. I read them often…on birthdays, anniversaries, rainy days, when I’m feeling happy and when I’m feeling down. That’s when the magic happens – the person is there with me, even if just for a few minutes.

After my Dad died, I was tasked with going through his papers. I found notes he received and saved. The treasure for me was a note I sent him when I was nine. In the note, I told him that I was going to become a nun because I was never going to find a man like him to marry.  Well, I didn’t become a nun and the man I married is as special and good as my Dad.

Letters aren’t reserved just for those we know and love. A few years ago, my father-in-law, a WWII vet, participated in an event focused on honoring and celebrating vets. The organization that hosted the event is Honor Flight Network. (www.honorflight.org)

The bus tour included a visit to the WWI, WWII, Korean, Vietnam, and Air Force memorials…all to the cheers of hundreds of volunteers and tourists. For Dad’s group, the day concluded with a dinner at the Armed Forces Retirement Home in D.C. During the bus ride to the retirement home, a special event took place…mail call! This was extremely important during WWII. The goal was to boost the morale of the soldiers overseas by getting mail from wives, mothers, sweet-hearts, children, and others letting them know that they were remembered and to keep them up to date on what was happening on the home front. The Honor Flight mail call consisted of handwritten letters from family, close friends, school children, and a local politician. EVERY vet received at least 1 letter. Dad received over 300! He was shocked both by the magnitude of cards and the sentiment, love, affection and sincere appreciation for the kindnesses he’d extended to so many over the years. In reality, Dad was reading what would be said of him at his memorial service. Recently he celebrated his 96th birthday and still reads those cards.

Do you know how one thing can cause a domino effect? Well, those cards did just that for me. It got me thinking about the people who inspired me in my lifetime. Many people, especially women, impacted, influenced and, unbeknownst to them, acted as role models. Do they know the impact they had on me? Probably not. So I decided to tell them – in a letter of appreciation. Over several weeks I wrote 20 letters to the women who helped me grow as a person, an individual and a business owner. What reaction did I expect? No idea. What reaction did I get? One that was totally overwhelming, heart-warming and humbling. Everyone responded and several have ‘passed it on’ by writing similar notes to those who inspired them. The power of letter-writing.

Is there someone who has made a difference in your life? Someone, you just want to tell how much you love them? If so, tell them in a handwritten note. It will enrich both of your lives and become a treasure.