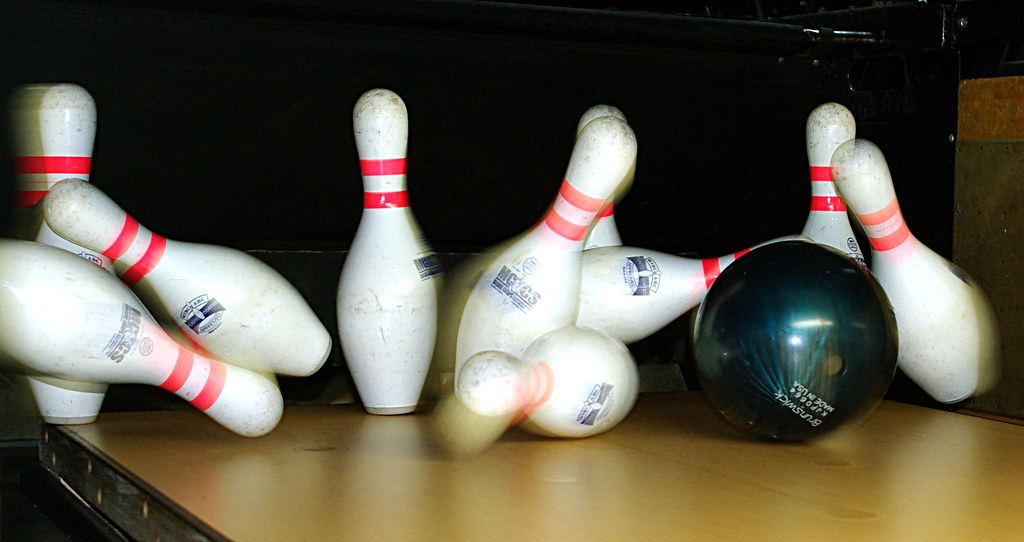 Like many father-daughter relationships, I was ‘Daddy’s little girl’, his princess, and the one who almost gave him a heart attack. It wasn’t intentional and I didn’t even know it was happening. I was sixteen and a member of my Mom’s bowling league. Yes, they were desperate for bowlers and since my Dad worked and my Mom didn’t have her license, I was the only means of transportation. I had a blast bowling with all these ‘old’ people, some even in their 50’s, listening to them complain about my generation with all their crazy Rock ‘n Roll music, dungarees, flat shoes with bobby socks, and Elvis. “What is this generation coming to?” was a frequent remark.

This one Wednesday night, our team was fighting for first place. I stepped up and threw my first strike, then came the second and the third. I’ve had three strikes in a row before so no one got excited. Then came the fourth and the fifth strikes. I looked around and realized the bowling alley had become quiet and bowlers from the other lanes had started to huddle around the back of my lane. Among the crowd was my Dad pacing around and wiping the sweat off his brow while trying to remain calm. I waved but he gave me ‘the look’ meaning, pay attention, concentrate, and stop talking! Strikes six, seven, and eight followed. Now, you could hear a pin drop. My Dad was gripping the rail in the back so hard I could see his white knuckles from where I was standing. Strike nine, strike ten, and then the final frame. Dad stood ramrod straight clutching his hand to his chest, eyes closed in prayer. Tenth frame, first ball a strike. Two more strikes and I would achieve the ultimate in bowling – a perfect game of 300. Next ball – a strike. One more. I stood on my mark, aimed at the board I’ve been hitting all night, and made my approach. The ball rolled over the board, hit in the pocket, and 9 pins flew while one stood upright never wavering…299. I turned to walk back to the bench to the sound of people cheering, my Mom crying, and my Dad with the biggest grin I think I’ve ever seen. The game wasn’t perfect, but the night was.

Over the next thirty-five years, I bowled on and off on various leagues even making it to nationals before finally giving away my ball and shoes to another perfect game hopeful. Time has marched on. Our 55+ community has a bowling league and with visions of that 299 game still in my head, I jumped at the chance to be a substitute. First game, first frame – 6 pins and then a gutter ball followed leaving more pins standing than falling down. First two games I didn’t break 100. In the third game when I strung two strikes together, I looked behind me and swore I saw my Dad grinning ear to ear.